She raised her head when she felt the warmth. A violet cloud poured into her hands and over her head. He spoke like water falling into a deep pool. “The sapling belongs to me.”
When Hannah’s family loses their home, she drops out of college and joins them as they take their RV on a journey through fractured America. Struggling with her loss of identity, she attempts to embrace her new life as a nomad until a California campground unveils a nightmare that only she can see. She questions her sanity as her family continues on their journey, and her unearthly visions increase.

Miguel, a young photographer traveling with his uncle, helps Hannah discover her true identity and the roles they will all play in unveiling the truth about the ever-present good and evil surrounding them. Join Hannah and Miguel as they try to piece together their broken hopes and dreams amidst looming darkness. Will Hannah find her faith, embrace the light, and trust in the God that she thought had abandoned her?

Sherry wrote children’s books before digging into genres for older audiences. She has published short stories for The Relevant Christian Magazine and Wordsmith Journal Magazine, as well as guest blogging for Life Upside Down and Christian eBooks Today. She lives in Northern Arizona with her husband and children. 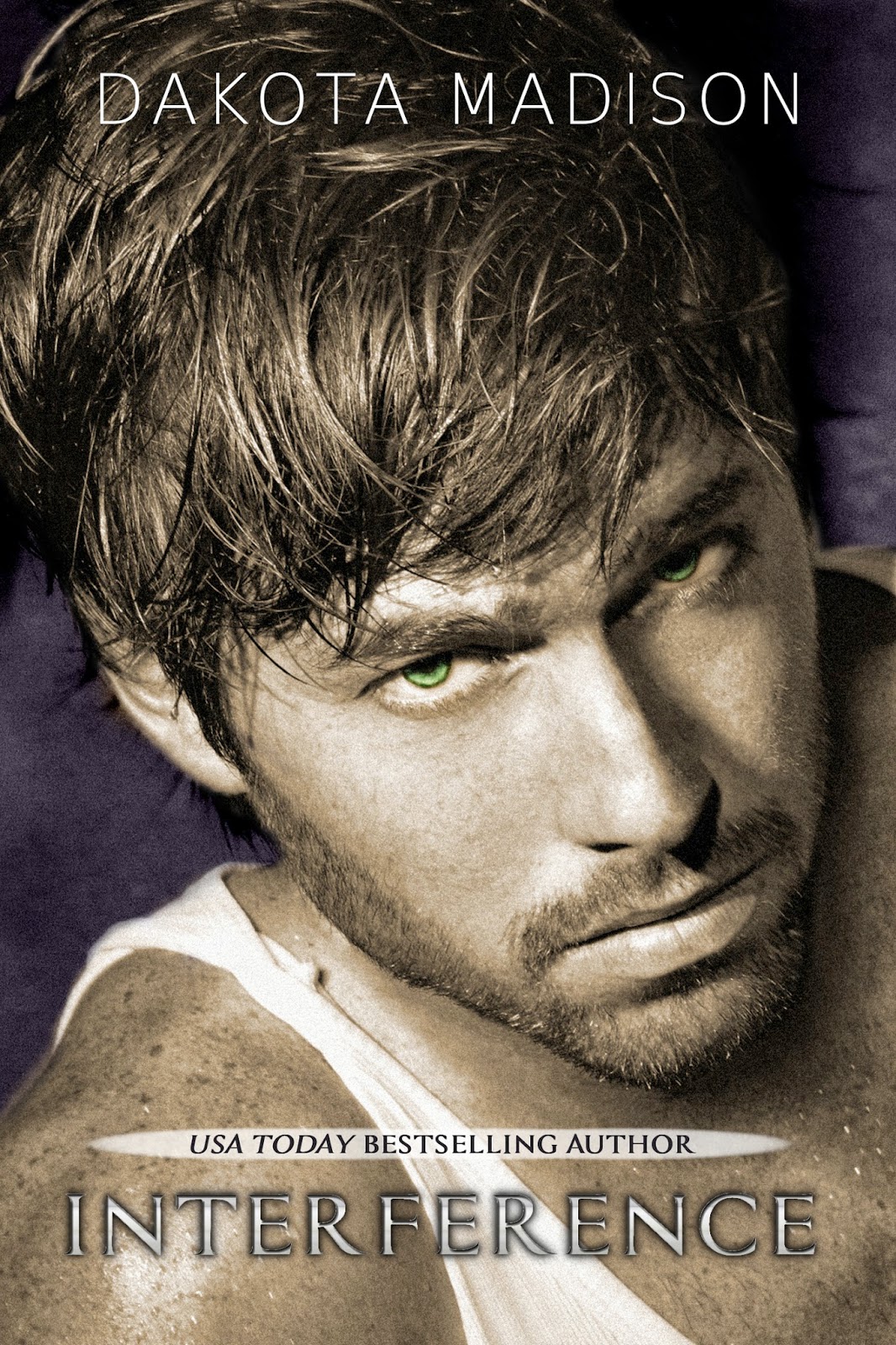 USA TODAY Bestselling Author Dakota Madison returns with another spicy sports romance. This story set in the world of college basketball.
Neuroscience student SEDONA MILLER is perfectly imperfect. She’s slightly nerdy and slightly eccentric, but completely brilliant.
When an unfortunate accident leaves Sedona with an injured arm and she’s fired from her part-time job shelving books at the university library she has to find a new gig fast.
The only job available mid-semester is working as a tutor for the athletic academic center. And the notorious bad boy of the university’s basketball team, JESSE WALKER, is the one and only guy on the new tutor’s roster.

But when SEDONA discovers a secret that could ruin the school’s winning basketball team doing the right thing could mean destroying the only guy she’s ever loved.

Review Wrap Up: The Wicked Awakening of Anne Merchant by @jruthwiebe

Book Two in the V Trilogy

Life and death, light and dark, spirit and flesh-on Wormwood Island, the lines are always blurred. For Anne Merchant, who has been thrust back into this eerily secretive world, crossing the line seems inevitable, inescapable, destined.

Now, as Ben finds himself battling for the Big V and Teddy reveals the celestial plan in which Anne is entwined, Anne must choose: embrace her darkly powerful connection to a woman known as Lilith and, in doing so, save the boy she loves…or follow a safer path that is sure to lead to Ben’s destruction at the hands of dark leaders. Hoping the ends will justify the means, Anne starts down the slippery slope into the underworld, intent on exploring the dark to find the light. But as the lure of Lilith proves powerfully strong, will Anne save others-only to lose herself?

Imagine a world with no electricity...no cell phones...no computers. A world still devastated by the effects of global pollution, of massive climate change, of widespread genetic
manipulation, of nuclear war. Imagine a world where WE are the ones in the history books.
What will they write about you?
Join the Seeker Khadija and her Seeker-Partner, the Gen-a-wolf Ula, as they track a thief into the dangerous Highlands that border the White River. They are to take the thief back west, to the prison of Valley City - the last city on the continent and the sole remaining vestige of civilization. Valley City was built by the head of the North American Corporation just before a series of short and brutal wars that marked final global economic and environmental collapse; what is now referred to as The End. Khadija and Ula live in a world where electricity and technology exist only in stories from the old days, and the leaders of Valley City are said to be descended from the wisest of the Before People. But they are about to discover that everything they've been taught, and everything they think they know about the world around them, is not quite as it seems.
Buy Link

Cara J. Swanson was born in Colorado somewhere around thirty-six years ago, and
immediately leapt to work on her first story. She did not venture into self-publishing until 2006, however, when she formed Nighthawk/Raven Publishing to publish her first book, Blood Cult: Book I of the Elvestran Chronicles. She has since published the sequel, Daígu, a companion
Dictionary, and is working on the third in the series (The Desert Wanderer) as well as a murder mystery (When Demons Dance) and has recently published a futuristic partially fiction book titled The Long Journey. She has two mottos; “Be careful or you’ll end up in my novel,” and “I wish I was capable of working on one project at a time. But I’m not.” All her books are published under her personal four tenants of walking the Red Road: dedication to family, dedication to community, dedication to social justice, and dedication to ecological health. She is a signatory member of the Green Press Initiative. She can be contacted by emailing raven@thewritingraven.com.

Tour Wrap Up: The Devil's Music

Certain musical modes, tones, and instruments have been used to represent evil for centuries. From the torturous musical instruments depicted in Hieronymus Bosch's famous "Garden of Earthly Delights" to the dark tones that announce the presence of Darth Vader in the Star Wars films, from the cantatas of Bach and the operas of Mozart to heavy metal, music has been used to represent a gallery of rogues and demons including the devil himself. But can music do more than suggest the presence of evil? Can certain music actually embody evil? Since antiquity many have thought so. And this belief combined with religious and philosophical concepts drawn from Eastern cultures has influenced the direction of Western culture, its mythology, cosmology, theology, and politics, and consequently the structure of Western society itself. This book recounts the history of demonic music and its extraordinary influence on Western culture.

Evie Williams lives a boring life – and she likes it that way. Her world is very black and white. Routine is good. Excitement is bad. She’s happy to play by her self-imposed rules. After all, they help her keep her abusive, stalker ex-boyfriend at bay. Or so she believes…
But there’s more to the world than Evie could possibly imagine. Elves, vampires, witches and pro-Humanity terrorists are very real – and she can sense the danger they pose to her and others. Worst of all, they just realized how precious Evie’s gift is.
As the world Evie never imagined possible closes in on her, Chris, the vampire in charge of studying Evie, is getting more and more interested in her… and it has nothing to do with his loyalty to his vampire father.
Blood Red: The Complete First Season is a story of unlikely heroes, damsels who refuse to be in distress and political conflicts solved by fights to the death.

Vivian Wolkoff has always been in love with words – even before she could read them. So, it should be no surprise she turned to writing and reading very early in life. She first self-published a poetry book at the age of 13, followed by two honorary mentions in contests promoted by a small publishing house in her native Rio de Janeiro, Brazil. Then, she decided to do some living and find out what else she loved. After college and moving cross-continent twice, Vivian decided to turn to self-publishing again. She is the author of Showmance, the first book in a trilogy about a fake celebrity couple and their crazy fans, and the psychological thriller Love You To Death. Blood Red is the first novel in her Preternatural Chronicles – a shared universe filled with unlikely heroes, damsels who refuse to be in distress, intrigue and epic adventures.

Loving Dangerously, Book Five
Being kidnapped by a deadly—and dead sexy—brothel slave wasn’t exactly what Kiehle Xochis signed up for. His instructions had been simple: Watch over the human female until his brother and his mate arrived to rescue her. Instead, the slave has decided to liberate herself. She’s proving to be more than Kiehle can handle—and he kind of likes it.
Allysan Miller has gone through hell since being taken from Earth during an invasion. She’s finally found a way to escape the latest, and worst, of the brothels she’s been sold to. Now if Ally plays her cards right, she could gain both freedom and love…if she can learn to trust the dangerous male she’s chosen as her hostage.
Inside Scoop: Ally suffers her share of abuse at the hands of a brothel owner’s guards. But don’t worry. The feisty female warrior gives as good as she gets.

A. M. Griffin is a wife who rarely cooks, mother of three, dog owner (and sometimes dog owned), a daughter, sister, aunt and friend. She’s a hard worker whose two favorite outlets are reading and writing. She enjoys reading everything from mystery novels to historical romances and of course fantasy romance. She is a believer in the unbelievable, open to all possibilities from mermaids in our oceans and seas, angels in the skies and intelligent life forms in distant galaxies.
Where you can find me:
Website
Subscribe to my Amazon page
Email: amgriffinbooks@gmail.com
Like me on Facebook