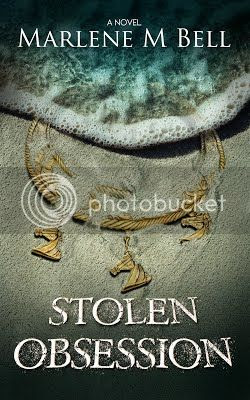 People die, but legends live on.

New York antiquities appraiser Annalisse Drury recently lost her best friend to murder. The killer’s identity may be linked to her friend’s expensive missing bracelet—a 500-year-old artifact that carries an ancient curse, one that unleashes evil upon any who dare wear the jewelry created for the Persian royal family.

Weeks later, Annalisse sees a matching necklace at a Manhattan gallery opening. She begs the owner to destroy the cursed piece, but her pleas fall on deaf ears—despite the unnatural death that occurs during the opening. With two victims linked to the jewelry, Annalisse is certain she must act.

Desperate, Annalisse enlists the gallery owner’s son to help—even though she’s afraid he’ll break her heart. Wealthy and devastatingly handsome, with a string of bereft women in his wake, Greek playboy Alec Zavos dismisses Annalisse’s concerns—until his parents are ripped from the Zavos family yacht during their ocean voyage near Crete.

Annalisse and Alec race across two oceans to save his mother feared dead or kidnapped. When the killer changes tactics and goes after Alec, can Annalisse’s plan to save Alec’s mother save them all?

Currently Scheduling: Supernatural Thriller Tour - Another One by Tony Faggioli 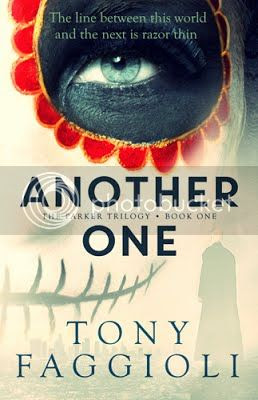 Detective Evan Parker is being haunted by the past. After two tours in the Afghanistan War, he thought the horrors that he witnessed there were behind him. But the death of his partner has now opened a dark hole of memories that are threatening to swallow Parker alive. Desperate to maintain his grip, he focuses on the last unsolved case his partner left behind: the brutal murder of Hymie Villarosa.

Father Bernardino Soltera is being destroyed by the present. After ministering to the gang ridden streets of East L.A. for over twenty years, he's unable to see past the pain and suffering that drugs and violence have wreaked on his neighborhood; he’s ready to give up. But when a young girl confesses that she's pregnant and her boyfriend will hurt her if she doesn't get an abortion? Father Soltera decides to make one more stand.

Hector Villarosa is being mocked by the future. After being released from jail he discovers the love of his life is with another man. As the leader of his gang, losing face could mean losing his life, and the fact that detectives are now asking questions about the death of Hector's cousin, Hymie, isn't helping. But Hector's bigger problem is the demon that has followed him out of jail and on to the mean streets of East L.A.

Three men, one neighborhood. All about to discover that the veil between this world and the next is razor thin. Grace was born a storyteller with a beautifully brilliant mind. Trauma twisted her reality into its own tale of darkness. Now, at eighteen, Grace has found herself on the shores of a shadow world created to heal a generation. A world whose purpose is to release our emotions from the bonds of youth.
But she is not alone. It's a world inhabited by others, those working on their own hearts and one other like herself. An amazing and yet afflicted empath and musician by the name of Kai that Grace feels inexplicably drawn to.
Will she be able to handle the suppressed memories of her youth? Accept the vulnerability necessary to explore her own heart and that of another? Fulfill the true purpose it seems she is destined to serve?
Come along with Grace as she learns to uncover her past, harness her gift, open her heart to love and embrace her future.

In the tradition of Star Wars, a galaxy-hopping space adventure about a galactic kingdom bent on control and the young misfit who must find the power within before it’s too late.

Cade Sura holds the future of the galaxy in his hands: the ultimate weapon that will bring total peace. He didn’t ask for it, he doesn’t want it, and there’s no worse choice to wield it in all of space, but if he doesn’t, everyone’s totally screwed. The evil Praxis kingdom is on the cusp of having every star system under its control, and if that happens, there’ll be no contesting their cruel reign. Especially if its fanatical overlord, Ga Halle, manages to capture Cade and snag the all-powerful weapon for herself.

Cade can’t hide from Praxis, and he can’t run from the destiny that’s been shoved into his hands. So he only has one option:

He has to fight.

Cade’s not going to let destiny send him on a suicide run, though. With some help from his friends―rebels and scoundrels alike―Cade’s going to use this weapon to chart a new destiny for the galaxy, and for himself.

He just has to do so before everyone around him discovers that he’s a complete and total fraud.

Blending the space operatics of Star Wars and the swagger of Guardians of the Galaxy, Black Star Renegades is a galaxy-hopping adventure that blasts its way from seedy spacer bars to sacred temples guarded by deadly creatures―all with a cast of misfit characters who have nowhere to go and nothing to lose.

This novel has a current Amazon Rating of 4.5*'s!

Michael Moreci is a bestselling author who’s the creator of numerous original comics series and has written and collaborated on multiple established properties. His sci-fi trilogy, Roche Limit (Image Comics),is currently in development for television with SyFy, and it was recognized by many publications as being among the best comics of 2015.  It’s been called the “sci-fi comic you need to read” by Nerdist and io9, and Paste Magazine named it one of the “50 best sci-fi comics” of all time.  Moreci has also written stories for iconic characters such as Superman, Wonder Woman, The Flash, and Conan the Barbarian.

In 2018, Moreci's debut novel, Black Star Renegades, was released with St. Martin's Press. Drawing inspiration from the space operatics of Star Wars and the swagger of Guardians of the Galaxy, Black Star Renegades is a galaxy-hopping adventure that blasts its way from seedy spacer bars to sacred temples guarded by strange creatures--all with a cast of misfit characters charged with saving the world.

His second novel, The Throwaway—an espionage thriller—is slated for release with Tor in June 2018. A sequel to Black Star Renegades will be released in 2019.

He lives outside Chicago with his wife, two children, and his dog. 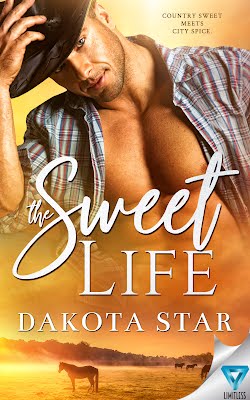 My job is everything to me, and climbing the corporate ladder is my one and only goal. Now that I’ve landed an important account for a popular dude ranch, I’m more determined than ever. There’s just one problem I didn’t count on…Mitch Johnson, the tall, hot-tempered, brown-eyed cowboy with the potential to bring my career crashing down around me. He’s a distraction I can’t afford—and a temptation I can’t ignore. But the real kicker? He also happens to be the ranch owner’s son, which means I’m about to saddle up more problems than I can handle.

This novel has a current Amazon Rating of 4.3*'s.
Get your copy and READ FREE with Kindle Unlimited! 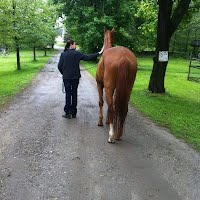 Dakota Star likes worn-in cowboy boots, a well-trained horse, a cold beverage, and trails to ride in the woods. She lives in Connecticut with her husband and two daughters. Both her daughters have finished college and moved away so her dogs, cats, and retired horse now keep her busy. When not outside hiking or horseback riding, she loves to read and travel.

Tour Wrap Up: Echoes of the Past by Daniel Gibbs #scifi #giveaway

A republic under attack. A reluctant soldier. An all-out fight for the galaxy’s soul.

David Cohen prays he’ll live to see the other side of his first deployment. His people thought they had left war behind when they fled Earth centuries ago. Time, though, has not dulled the hatred and intolerance of their erstwhile oppressors. To defend his homeland’s freedom, David abandons his dream of becoming a rabbi for the battlefield… and discovers a side of himself he is not sure he can live with.

David's focus is clear when the bullets are flying. In the long hours after, he must reckon with the toll that blood and blame bring upon his mind. Can he square the tenets of his faith against his responsibility to crew and country? Nothing has prepared him to make decisions that could cause ruin or an end to generations of conflict... except for trust in God, himself, and those who serve under him.

If David Cohen survives it all, who will he be?

This novel has a current Amazon Rating of 4.3*'s on Amazon.
Read FREE on Kindle Unlimited!


Did you miss any of the Stops on this Tour?

Ever since watching Star Wars: The Empire Strikes Back at the age of five, with his father, Daniel has loved science fiction. Reading hundreds of sci-fi novels, during his teenage years, Daniel came up with the EOTP (Echoes of the Past) universe. Twenty years later, its finally becoming a reality!