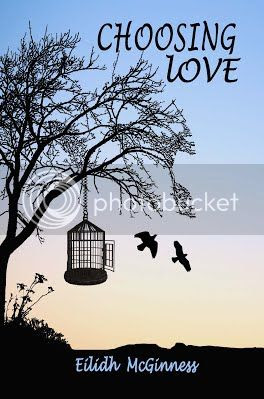 Spark’s fly the moment they meet, but what happens next?

HE CAN’T DO LOVE
Jason Stanford is charismatic, handsome, wealthy and alone in Bordeaux, France.
He intends to stay six months in order to advance his space travel ambitions
and to learn French.   His plans are turned upside down by a chance meeting
with ambitious Aurelie Dumas. She is determined to teach Jason all about what
the French do best- love.

SHE CAN’T DO COMMITMENT
Aurelie Dumas is a career focused estate agent. Jason’s star bound ambitions
soon capture her heart, but this girl can’t do long term relationships.  Jason
helps her come to terms with a family secret which has fractured her family
but will that be enough to make her want to stay around.

Did you miss any of these Tour Stops?

EILIDH MCGINNESS has always loved fairy-tales, history and other world fantasies.  She is never happier than when reading a good book.  Writing is a passion which she finds time for by studiously avoiding ironing and a whole manner of other household chores. Eilidh has four children. The elder two have now fled the nest and the younger two live with her in South-West France.  Eilidh was born in Scotland and although now based in France during the school term spends as much time as she can in Scotland and travelling.

Review Wrap Up: In Black & White by @Lavenderpages 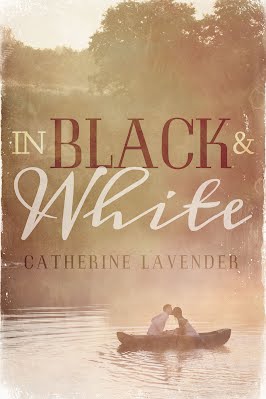 Micah Winters always knew that she was different. It was the pigment of her skin and the texture of her hair that revealed that she was a woman from biracial parents. For five decades, Micah’s African American mother has remained silent about Micah’s estranged father (Sidney Irving). It is not until after Sidney Irving’s death that Micah learns that she is the daughter of the legendary novelist and screenwriter. Now with her mother’s memory fading away from Alzheimer’s disease, Micah can only rely on a novel that was written from her father years ago to understand her parents past during the time of segregation in the United States. Micah’s once simple life is not so simple anymore as she tries to make sense of an unfamiliar world as she inherits her father’s wealth and private past. With an abandoned heart, Micah must forgive the past in order to discover who she really is. 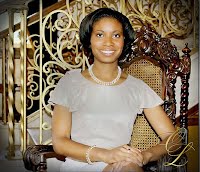 Catherine Lavender is from Baltimore, Maryland but now resides in the sunshine state of Florida with her miniature schnauzer named Ripken. She is an animal activist, as well as a supporter of the organization First Book which helps supply literature for underprivileged children. In her spare time, Catherine enjoys reading classic literature and playing the acoustic guitar.

Tour Wrap Up: The War Queen by @JMRobison #fantasy 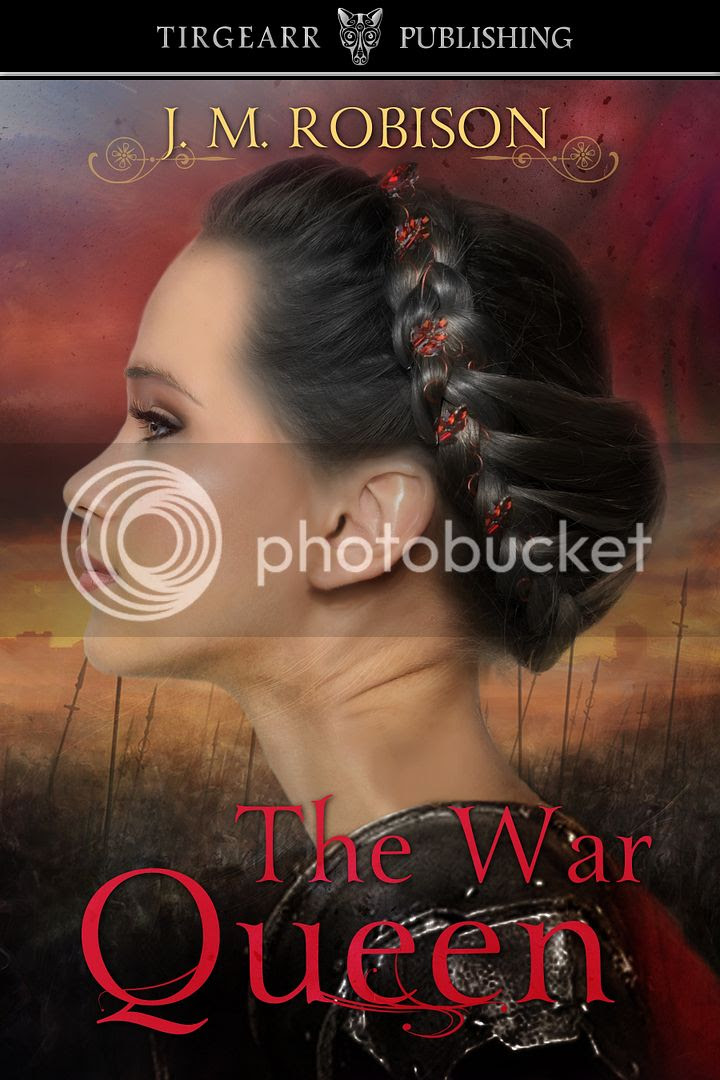 300 years ago, the people dethroned their king and queen to prevent another tyranny. Now instead, the people nominate a State Head every three years and Altarn is the first female to hold the position. She’s used to tolerating the biases of men but Kaelin, the State Head of his territory, has declared her incompetent and has even, according to Altarn, threatened to steal her land – she believes he wants to make himself king. Believing she must “dethrone” Kaelin, Altarn rides to her last ally to ask for aid in the war against Kaelin she knows is coming.  But in her absence an army launches an attack… and it’s not Kaelin’s.

Taking advantage of the startling situation, Kaelin kidnaps Altarn so he can take her land without her in the way. Soon realizing he needs her help to fight this army instead, he releases her and, since Altarn’s army is too small to win the war alone, she is forced to accept his help, but payment for his help will be her land. No one believes Kaelin is secretly trying to make himself king, so after the battle is won, alone in her knowledge and lacking allies, Altarn must become the War Queen of legend to dethrone another king… though she unexpectedly dethrones his heart instead.


Did you miss any of these Tour Stops? 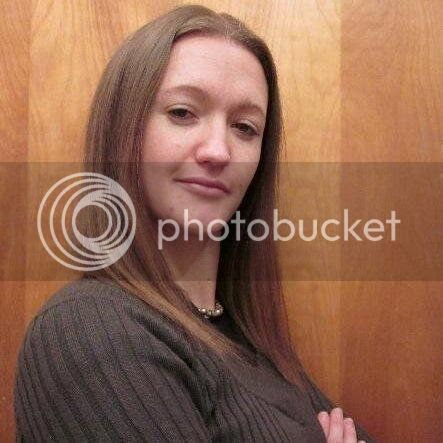 J.M. Robison is a fantasy historian who chronicles the events which force heroes to reveal their  mistakes, lead rebellions to dethrone tyranny, and unearth ancient secrets to free the oppressed. Having joined the U.S. Army at 17 with a deployment to Afghanistan and Romania, and currently working as a Deputy Sheriff, J.M. Robison has seen a lot of people and been to a lot of places; the evidence of which frequently bleeds into her writing. She loves and uses essential oils. She makes her own shampoo, lotions, laundry soap, face wash, and toothpaste.

Review Wrap Up: On the Edge of Death by @CiaraBallintyne #fantasy

All the Left Hand of Death wants is something to call her own, but is the price too high?
Ellaeva, the fated avatar of the death goddess, is desperate to track down her missing family but the trail is decades old. Instead, she discovers her battered and bloodied sister priestesses driven across the Jerreki border on pain of death. Ellaeva must turn aside from her personal quest to investigate the murders, only to find her parents have been taken into the heart of the conflict.
Lyram Aharris, favoured son of the royal line of Ahlleyn, is the only living person she trusts to help her infiltrate the enemy stronghold and uproot the horror they find there, but their chequered past threatens the mission. Accompanying him is his crown prince, the one man Lyram wants dead above all others.
Now Ellaeva must face down the darkness in her soul before a dark god is brought into the world.
At the boundary of life and death, all oaths will be tested.

Ciara Ballintyne grew up on a steady diet of adult epic fantasy from the age of nine, leaving her with a rather confused outlook on life – she believes the good guys should always win, but knows they often don’t. She is an oxymoron; an idealistic cynic. Her debut work is Confronting the Demon, and In the Company of the Deadis her first book to be published with Evolved Publishing. She holds degrees in law and accounting, and  is a practising financial services lawyer. In her spare time, she speculates about taking over the world.
Twitter: @CiaraBallintyne
Facebook
Website

Review Wrap Up: Grappling for Position by @MelyndaPrice1 #romance #giveaway 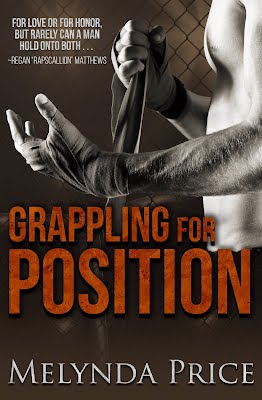 This battle of wills is about to go below the belt…
Willow Scott is sweet, innocent, and untouchable. She’s the epitome of everything MMA fighter Regan “Rapscallion” Matthews has always wanted but will never have. She deserves more than a scrapper from the wrong side of the tracks—the Scott’s charity case.
Unfortunately, Regan’s best friend’s little sister is all grown up and she’s tired of playing by the rules. With a shot at the Welterweight title finally within his grasp, Willow is a distraction Regan can’t afford. But this willful woman is determined to make him tap-out.
Willow has loved Regan since she was in pigtails and braces. She’s all but given up hope of her brother’s friend returning her affection, but she never stopped praying he would see her as more than Kyle’s annoying little sister. If Willow has her way, that’s about to change. Regan must decide if he’s willing to lose his best friend and the Welterweight title for a woman he doesn’t deserve but cannot live without.

This novel has a current Amazon Rating of 4.6*'s.
Get your copy with Kindle Unlimited or for $3.99!

Melynda Price a two-time RONE finalist, a USA Today, National Readers’ Choice, and New England Readers’ Choice Award-Winning finalist for her Against the Cage series. A multi-published author of contemporary and paranormal romance, what Price enjoys most about writing is the chance to make her readers fall in love, over and over again. She cites the greatest challenge of writing is making the unbelievable believable, while taking her characters to the limit with stories full of passion and unique twists and turns. Salting stories with undertones of history whenever possible, Price adds immeasurable depth to amazingly well-crafted books. She currently lives in Northern Minnesota with her husband and two children where she has plenty of snow-filled days to curl up in front of the fireplace with her Chihuahua and a hot cup of coffee to write.

Tour Wrap Up: Thy Paintbrush to Abstracting Images by @ShavondaRobin14 #poetry 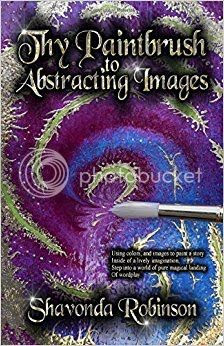 A collection of poems that will take readers on a constant visual journey by creating a world between an abundant imagination and reality based situations.
This poet has a way of waving her magic wand and putting up a persuasive point of view.
This poet also has super pen powers on the page with a creativity level that cannot be tamed, and she will dazzle you with dazzle you her captivating gift when it comes to connecting with others by using images and musicality to tell different poetic stories throughout the entire book.

This novel has a current Amazon Rating of 4.8*'s.
Get your copy with Kindle Unlimited or for $2.99!

Did you miss any of the Tour Stops?

Shavonda Robinson is an accomplished writer whose credits include being published in a few anthologies and magazines. She also is the founder of Create Something for the future," an online poetry magazine for upcoming poets and writers. She has won a few poetry awards for being most creative and poet of the year in a few poetry competitions and Songwriting awards. She is inspired by the power of words, when it comes to transforming ourselves and our thought's by the written word. She lives in Nashville, Tennessee with her two beautiful children.