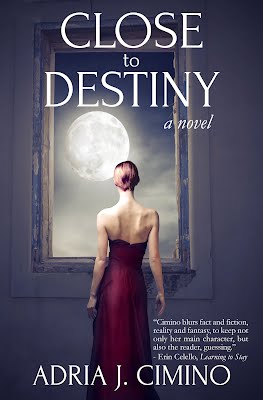 Kat is struggling to get her life back together and put her anorexia and suicide attempts behind her. She must expel the mysterious inner demons that have plagued her for years, and patch up the rocky relationship with her fiancé.

But when she arrives in London for a therapeutic art project, an encounter with an enigmatic woman named Destiny upsets her views of reality and plunges her into a quest for the truth about her past—an astonishing past that reaches back well before her birth.

After midnight, Destiny leads Kat to extravagant parties at an eerie luxury hotel and introduces her to a man who seems to know her better than she knows herself. Kat tries to convince herself this is all part of a strange dream. But as evidence mounts suggesting otherwise, Kat is torn between fascination and fear.

Will Kat run away, or will she seize the fleeting opportunity to change her life and find true love?

Alternating between the reality of day and the mystery of night, Close to Destiny by best-selling author Adria J. Cimino is a magical realism story of déjà vu and righting past wrongs that will delight fans of authors like Sarah Addison Allen and Erin Morgenstern.


Reviews From This Tour 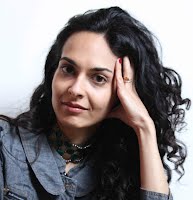 Adria J. Cimino is the author of Amazon Best-Selling novel Paris, Rue des Martyrs and Close to Destiny, as well as The Creepshow (out in Spring 2016) and A Perfumer’s Secret (also out in Spring 2016). She also co-founded boutique publishing house Velvet Morning Press. Prior to jumping into the publishing world full time, she spent more than a decade as a journalist at news organizations including The AP and Bloomberg News. Adria is a member of Tall Poppy Writers, which unites bright authors with smart readers. Adria writes about her real-life adventures at AdriaJCimino.com and on Twitter @Adria_in_Paris. She lives in Paris with her husband Didier and daughter Phèdre. When she isn’t writing, you can find Adria at her neighborhood café watching the world go by.